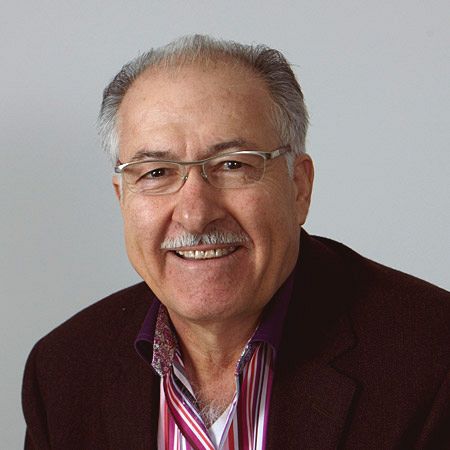 Milad Mansour was born in a small village called Arbit Kozhayah, in Northern Lebanon. Growing up, Milad worked from a very young age on top of going to school. He would take any job available to help support his large family. From a young age Milad wanted to become a priest so he focused on religious studies. As he got older he was discouraged by some priests and family members to become a priest. From that point on Milad set his sights on moving to Canada. A chance at a fresh start, to make something of himself and continuing to support his family. When Milad was 17 years old he left Lebanon with nothing more than the clothes on his back and a duffle bag worth of belongings.

When Milad arrived to Canada he landed in Montreal and eventually found his way to Sudbury, Ontario. Just as he did back at home, Milad looked for work everywhere, taking any opportunity that arose. After working for as little as 10 cents an hour he found a job at INCO. Milad worked as a miner for a few years. He always looked for new opportunities.

In 1971, Milad found a job at a small mining supply shop called P&W Supply. This shop provided mines with products that were used underground. Milad continued with a string and determined work ethic as he learned as a young boy back home.

After years of hard work, in 1975, Milad had the opportunity to buy P&W Supply from the current owners; and he did just that. This was just the beginning for Milad and his incredible journey. He later changed the name to Mansour Rockbolting Inc. in 1981.

Two years later in 1983 Milad Founded his second company Diesel Electric Services. From this point forward Milad and his team continued to expand operations. Every time they saw an opportunity to expand a business or to start a new business they did. Milad had a vision of a Mining and Industrial Service based empire.

Fast Forward to 2010, the year Milad sold Mansour Mining Inc. which was P&W Supply. From being one of three employees and P&W Supply to selling Mansour Mining with over 150 employees, 35 years later. This was truly remarkable and a bitter sweet time for Milad and his family. Milad had high hopes for the future of his group which at this point spanned across 7 different companies.

Today, Milman Industries continues on with the same work ethic and vision that Milad had back in 1971. The group is now comprised of 10 companies, all devoted to the mining and industrial industry. Many of the companies do business internationally.

Milad Mansour is an exemplary entrepreneur. Once, having to work as a child to support his family; to now running a multi-faceted international organization. Milad has always been considered a teacher and a Sheppard by people around him. Relying on his knowledge and wisdom to guide him, Milad has used that to educate and guide others. Mr. Mansour is also known for his generous offerings over the years. Through his business and also personally, he has donated to homeless shelters, local and national charities, schools and universities; the list goes on. He is a role model to many, including his beautiful wife and three children. A firm believer in family, Milad has always made an example as a devoted husband and father.

Milad remains the heart of Milman Industries today. Continuing to pave the path while guiding the next generation to greater achievements and success.